All day, the feeling of dread gnawed at the pit of Kim’s stomach. She didn’t like the idea of messing around with dark forces but the others were resolved to make it happen. Only Angela had been on her side. At lunch they both tried to steer the investigation down a different path but their reluctance was met with disdain.
“If you’re not into it, that’s totally fine but there’s no reason for you to try to talk us out of it,” said Marie. “We need answers. Besides, there’s nothing to be afraid of; this isn’t a horror movie.”
Those words echoed in both Angela and Kim’s minds the rest of the day. In a last ditch effort to stop what they were sure would end in disaster, Angela placed a call to Billy’s cell phone.
“Maybe he can talk Gillian out of it,” Angela whispered as the phone rang.
“Even better, maybe he’s got some information about those symbols. If there’s work to be done, Marie won’t have time to mess around with those damn Ouija Boards.” Kim replied.
The phone rang again, then a third time and a fourth. Angela was just about to hang up when Billy’s voice came through the receiver.
“Angela? What’s wrong? Is everyone okay?”
“Hey, Bill, I hope this isn’t a bad time. No, we’re okay. No one has been hurt … yet. We were hoping you could help us avoid that.” Angela answered.
“What do mean yet?” Bill’s voice was thick with concern. “Where’s Kim and Gillian?”
“Kim is right here with me and Gillian will be back in a few minutes. She ran over to the coffee shop for some lattes so we wanted to catch you before she got back.”
In one deep breath, Angela relayed the entire story and their concerns about what could happen if Gillian, Marie, and Kenj, used their Ouija Board in the morgue. For a second, there was silence at the other end of the receiver. She and Kim exchanged worried glances, waiting for a reply.
“Seriously? I ducked out of my class for that? It’s a freaking kid’s toy! It says right on the box for ages eight and up. I can’t believe you called me for this. Tell Kim I’ll call her tonight after my classes to talk about the symbols. I gotta go.”
“He hung up,” Angela gasped.
“Well, at least we tried,” Kim said as she draped her arm across Angela’s shoulders. “Maybe, nothing will happen and we’re worrying for no reason.”

***Again, I apologize for my absence. Hopefully, the plague has been vanquished but I see my doctor this afternoon to be sure. Don't tell him I was working! If all goes well, the next installment of Specter of Death shall be Tuesday, May 5th or Revenge of the Fifth for my fellow geeks. Until then, avoid the plague!!!***
Posted by S.G. Lee at 4/28/2015 11:16:00 AM 1 comment: 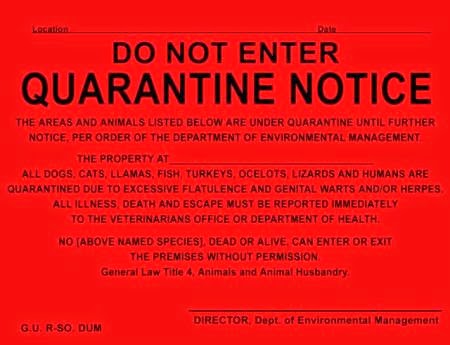 My apologies. Due to an unforeseen plague that has fallen upon my house, Specter of Death has been put on a temporary hold. Once the quarantine has been lifted, your regularly scheduled program will continue. Thanks for your understanding!

P.S. The whole wart/herpes part is, of course, a joke. The ocelot was quite worried though...

Detective McDonald, Kim, and Kenj were in the middle of reviewing the security camera feed when Kim’s phone alerted her of a new text message.
I found some info on those symbols. I’ll call you tonight with details, after my evening class. Hope you’re well. --- Billy
Kim’s lips pressed into a firm line and her eyebrows knitted together to complete the scowl. Oh, Billy, I’d sure be better if you told me what you’ve discovered, she thought, waiting until tonight will be torture. She typed in, ‘thank you’ and pressed send.
“Something wrong?” Detective Marie McDonald asked.
“No, it’s just a message from one of my friends. He found out something about those symbols but he can’t call me until tonight.” Kim sighed.
“Tonight? Doesn’t he realize how urgent this is? Can’t you call him instead?”
“No, he’s a professor at my old alma mater so he’s teaching. He has an evening class so he’ll call me tonight.”
Detective McDonald sighed, knowing she’d have to be patient but it wouldn’t be easy. Instead, she decided to focus on getting what little information was available on the body from the previous night.
“Well, then, can you at least give me something on the body from last night? What about that symbol on him? Kenj, did you tell Kim about it? It’s similar but not exactly the same as the others.”
“It did the same thing overnight though. It was all bloody when I closed up but today it looks like he was branded years ago.” Kenji said. “I spent half the night researching online but I’ve got zilch.”
“Hopefully, Billy can—” Kim’s sentence was cut off by a buzz through the intercom system. “Oh, yeah. That’s fine. Send them back.”
Detective McDonald and Kenj wore matching expressions of puzzlement. Kim noticed their heads, cocked to the side, reminding her of a puppy she had when she was a child. Moments later, her friends Gillian and Angela poked their heads in the door.
“Hey, how’s it going?” Angela asked. “We thought we would take you out to lunch.”
“Yeah, it’s the least we can do since we kept you up all night … Oh, sorry, are we interrupting?” Gillian said, worried when she realized Kim wasn’t alone.
After introducing her friends to Kenj and Detective McDonald, the conversation steered back to the investigation.
“I’ve never heard of anything quite like this,” Marie McDonald admitted. “I’ve talked to everyone on the force. Hell, I even called my mentor. He was a detective for over thirty years before he finally decided to retire. All those years and he was flat-out baffled. Right about now, I am open to anything that might give us some answers.”
“Really?” Gillian asked. “Do you mean that? Because I have an idea but … Angela is flat-out opposed.”
“Seriously? I can’t even believe you’re going to suggest this to a room full of professionals, Jilly. It’s not right,” Angela muttered.
Detective McDonald noticed Angela’s body tense as she crossed her arms over her chest. It piqued her curiosity. Gillian shook her head in dismay and rolled her eyes at her wary friend.
“Okay, now I’ve got to know,” Marie insisted. “Gillian, what’s your idea?”
“The best way to find out is to just ask Seth. We could use a Ouija Board and try to contact him. Worst case scenario, we can’t reach him and you’re no worse off than you are now. Best case … he tells us what happened and maybe you can stop it from happening to others.”
“At this point, I’ll try anything!” The detective declared. “Since you knew him, we might have a better chance of contact. Obviously, Angela, if you’re not comfortable with it, you certainly don’t have to join us. Kenj? Kim? Where do you stand on it?”
“Sure, I’ll join you,” said Kenj. “I tried it once as a kid but that was ages ago. Whaddya say, Kim? Are you in?”
“No, sorry. I’m not into that stuff. I want to find out what happened just as much as anyone but … no, not like that.” Kim answered.
“That’s okay,” Marie said; her tone was soothing and full of understanding. “It’ll just be me, Gillian and Kenj then.”
“Hey, why don’t we do here?” Kenj offered. “Tonight, after Kim is done for the day. Afterwards, I’ll personally drive Gillian back to Kim’s, if you want.”
Gillian nodded in agreement and, for the first time, Detective Marie McDonald had something to look forward to in the case. She just had to remind herself that she’d have to wait for closing time to see if they could make anything happen. And if it doesn’t, maybe Kim’s friend Billy has some information we can use.

As the object of April's foolery, I am delayed in posting today but I assure you; this is not a hoax. Instead, what I am planning is something fun for all who want to take part. Whether you choose to be a spectator or you want to get in on the action, all are welcome.

I came across an interesting collection of photos, all abandoned places that seemed ripe to inspire stories. After showing it to some of my friends, we have decided to embark on a multi-genre story sharing based on the pictures from this article:        http://www.earthporm.com/haunting-images-abandoned-places/

Here's where all of you come in ... I'd like you to join us! Use your blog site, Facebook, or whatever you'd like to post your story along with us on Wednesday, April 22nd. If you give me your links, I will attach them to my post on the 22nd. Let's have some fun!!

The first image selected was #8 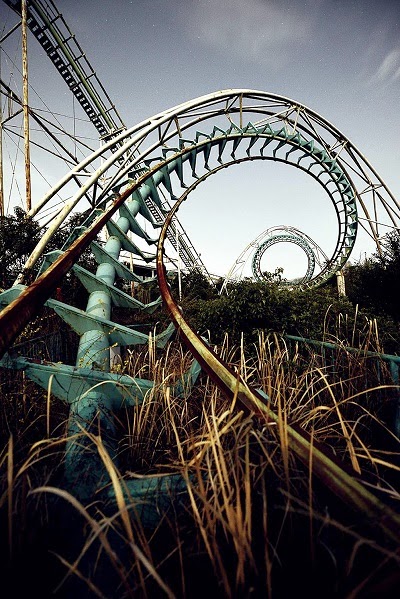 According to the article, photo credit belongs to: https://www.flickr.com/photos/lenzz/. Please don't forget to credit the collection from earthporn.com and also the individual photo. These are merely inspiration. We do not intend to tell the story of the actual place and, as always, any similarities to persons living or dead is entirely coincidental. If you have any questions, don't hesitate to ask. Comment below or message me on Twitter or Facebook. Let's do this!